MrBeast (aka Jimmy), one of the most popular YouTube stars, decided to make a video of people playing Squid Game. Squid Game is a popular Netflix series where desperate people play kid’s games for a chance to win a life changing amount of money. For MrBeast Squid Game, they picked 456 people from among his YouTube subscribers to play kid’s games for a chance at $456,000. They recreated sets from the Netflix series at locations near Greenville, NC.

The opening game is Red Light, Green Light and the MrBeast crew created that set in a horse arena. But there was a problem, no internet in the arena. That’s when they called in MacVantage.

Bob went down and surveyed the arena. There was no wired internet available on or near the property. They needed a network that could support five hundred iPhones over WI-FI connecting to a server run by a company in Norway.

Bob designed a network with six WI-FI access points wired to router connected to the internet by a cellular modem. This was Tuesday and the network needed to be setup by Friday. After some Amazon orders and phone calls to the local Ubiquiti (wireless networking equipment that we use for many of our clients) distributor, all the parts were on their way to Greenville.

On Friday morning, Bob met Tom Brooks (the MacVantage go to wiring guy) at the arena. Tom ran the necessary wires to connect the six access points to the router and installed the access points. 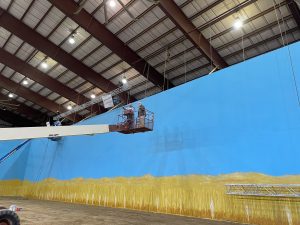 The access points were mounted on the top of the forty-foot wall that had been built encircling the arena. 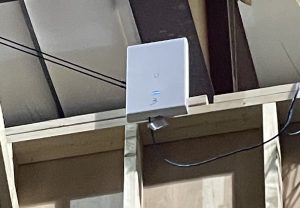 Bob set up the cellular internet connection and configured the network. By Friday night, they had 50 X 15 Mb internet throughout the arena. 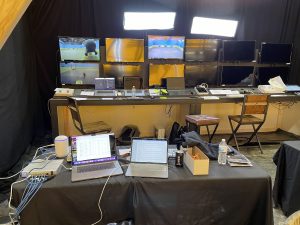 As with all video shoots, there were various logistical problems. The original network had to be reconfigured to accommodate iPads and iPhones that were used to squib players. In the Netflix series, when players lost in the competition they were killed. In the MrBeast version, a squib (small device used in movies to simulate a hit) was triggered to show who was out. 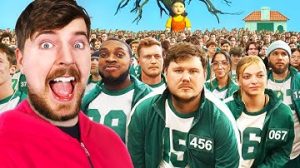 You can see the finished product here. Since its debut the day before Thanksgiving, it has been viewed 179 million times. There is also an interesting behind the scenes video done by the special effects company, it can be viewed here. If you watch really closely and look just to the left of Jimmy at 3:38, you might see Bob intently monitoring the network. 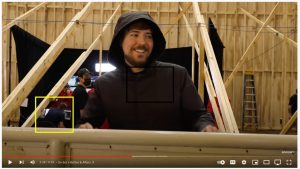 Bob’s brief appearance in Behind the Scenes Video

Bob with Jimmy aka MrBeast

Based in Raleigh, serving clients on-site throughout North Carolina, and remotely nationwide.